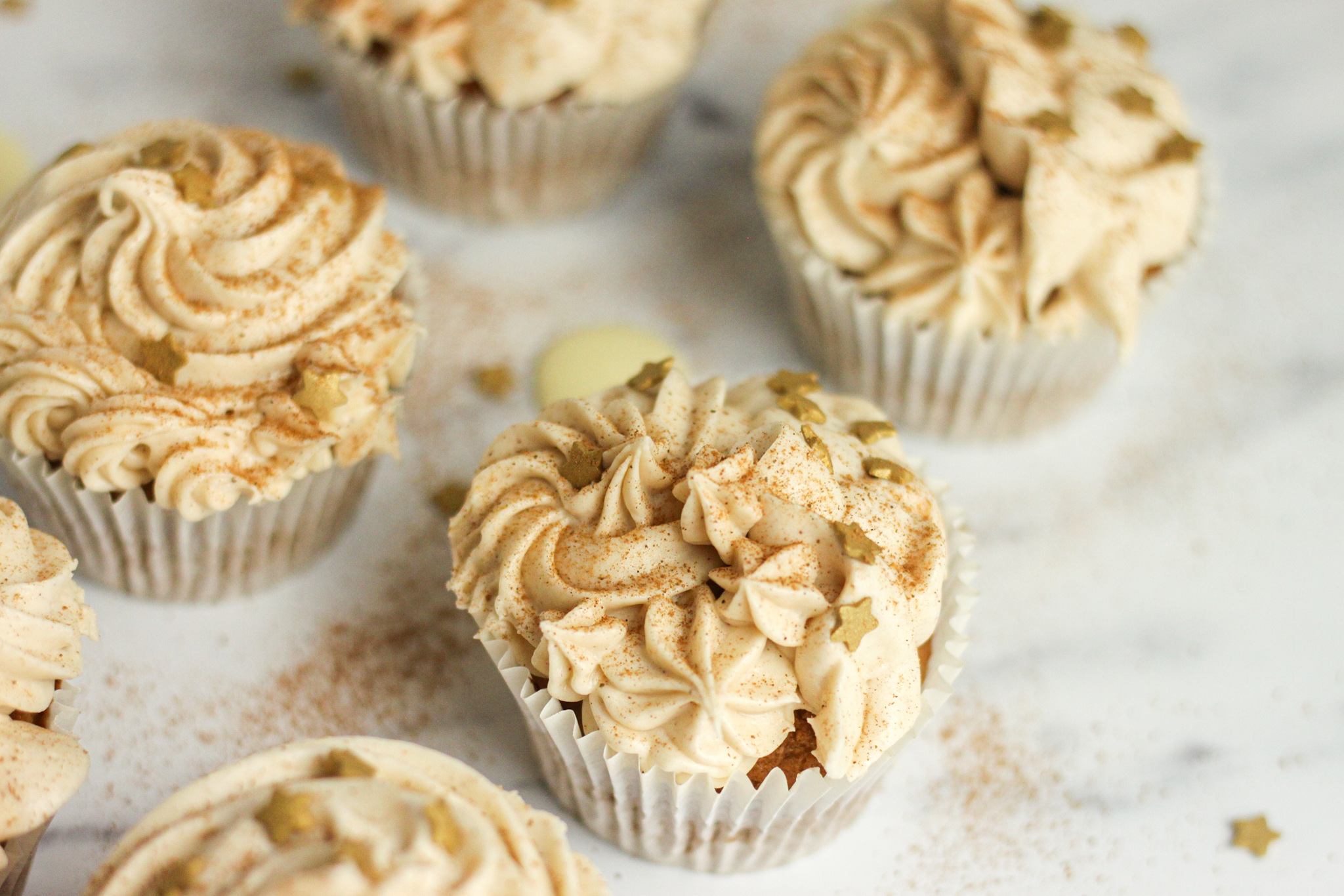 My household loves Banana Bread so there is always some variation of cake or loaf being consumed. Because I have been practicing my Piping skills this was the perfect time to make cupcakes instead!

If you think the Cinnamon buttercream is a bit too much for your taste, leave out the cinnamon or you can check out the Vanilla buttercream recipe used in The Best Vanilla Cake Recipe Post from the first Birthday cake I ever decorated.

To Start, Place white chocolate in a glass bowl and microwave for 30 seconds to 1 minute (depending on the strength of your microwave). Once removed from the microwave, stir with spoon or spatula until chocolate has smoothed out.

Next, Cream your butter and cream cheese until it becomes fluffy and light then slowly add half of your confectioner sugar a little at a time until it has incorporated.

Finally, pour in your white chocolate and vanilla followed by the remaining confectioners sugar and beat for 1 minute or until frosting is fluffy.

Can I Store the Buttercream?

You sure can! Store in an airtight container and freeze for up to 1 month. Use it for macaroons or sheet cake.

Drop a comment blow and let me know what you think. If you decide to make any of my recipes leave me a comment or tag me on Instagram @myeagereats or hashtag #myeatereats .

I’d Love to hear from you!

See my Other Posts

How to make the Most Incredible Vegan Shepherd’s Pie

Sign up and be first to receive the latest recipes, updates and offers.

Processing…
Success! You're on the list.
Whoops! There was an error and we couldn't process your subscription. Please reload the page and try again.